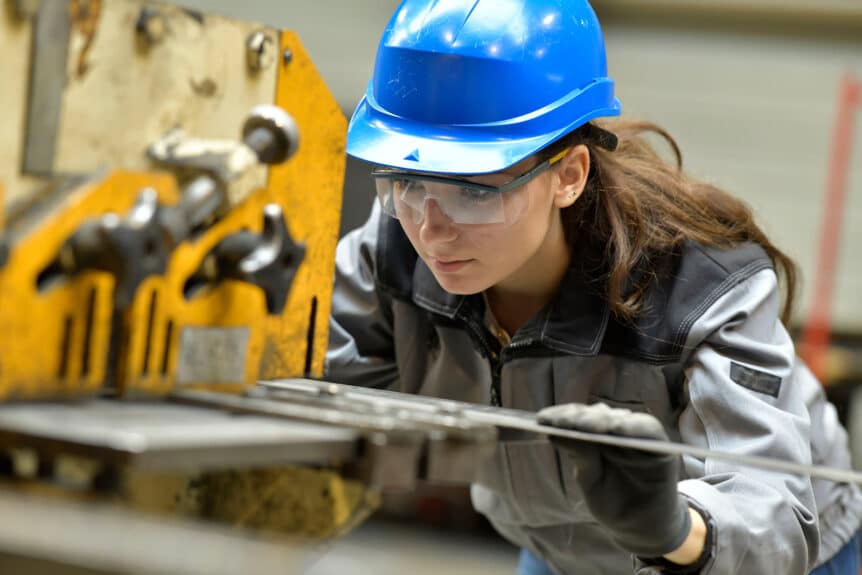 The government has called on the Institute for Apprenticeships and Technical Education (IfATE) to increase apprenticeship take up rates among young people, and address the high dropout rate. FE Week reports that the skills minister, Alex Burghart, has issued the new strategic guidance to the quango in an effort to boost success rates for the scheme.

The ultimate aim is to make apprenticeships more flexible to reflect the way modern industries work, and to make the scheme more easily accessible to both young people and employers. Currently, experts say that there is not awareness of the benefits of taking up an apprenticeship, and myths persist about excessive bureaucracy.

Burghart told the publication: “Our goal across all levels is to ensure that we have high-quality apprenticeship standards designed by employers that will give students the skills the economy and society need.”

He added: “Apprenticeships can play a huge role in this and I want to continue to shift perceptions of post-18 study so that young people and their parents see the value of choosing a high-quality apprenticeship, such as those we are discussing in marketing, as a quality alternative to traditional university routes.”

Since the levy reforms in 2017, take up rates for apprenticeships have been declining for people aged under 19, falling from 24.8% in 2018/19 to 20.3% in 2020/21. Furthermore, over half of apprentices now drop out of the scheme before the end point assessment.

An investigation into the reasons for this is currently underway, although it has been acknowledged that the pandemic impacted on the number of young people starting and persisting with apprenticeship schemes, often through no fault of their own.

There are signs already that numbers are bouncing back. The latest figures show that uptake has increased in the first two quarters of the academic year, by as much as 26% compared to the same time last year. The government has pledged to boost funding by an extra £2.7bn, and focus more on helping small to medium businesses to access the scheme.

Addressing the issues raised by Berghart, Jennifer Coupland, IfATE chief executive, said: “I’m delighted that the minister has recognised the impressive progress made by IfATE and the vital role we will play with creating a unified skills system that delivers for everyone.”

She added: “To ensure quality, the new skills system must all be based on standards set by employers and be easier for learners and employers to understand and navigate.”

Larger employers will be able to pledge levy funds to smaller businesses, and new more flexible apprenticeships have been designed to accommodate the way that modern workforces operate. It is hoped that the changes will encourage young people to consider an apprenticeship as a valid alternative to university.

If you are looking for an AAT level 3 advanced learner loan, please talk to us today.