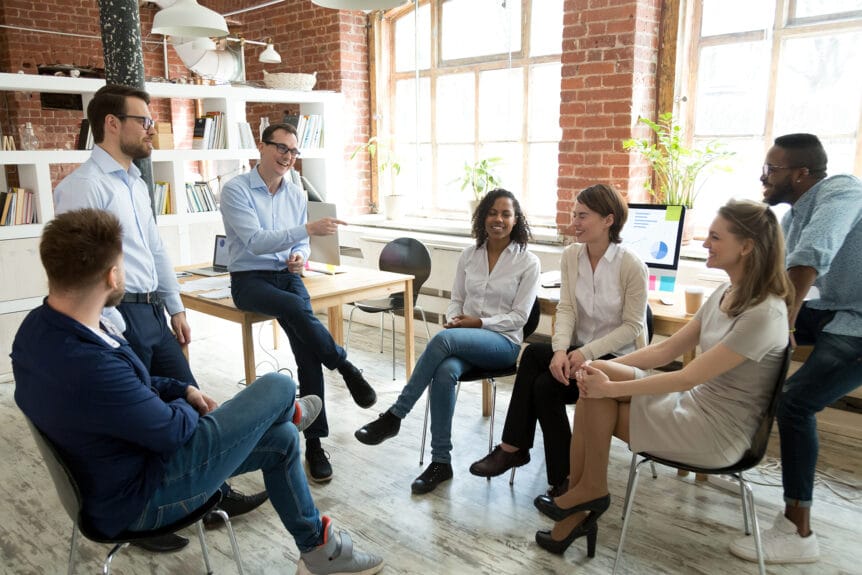 Much has been said about a north-south divide in Britain in recent decades. Whether this is reflected economically, culturally or politically, there is an enduring image of Britain being a nation of two distinct halves.

Of course, much has been done to try to tackle this. Whether through economic initiatives to tackle the legacy of deindustrialisation in the north and Midlands (such as the ‘levelling up’ agenda aimed at so-called ‘left behind’ towns), the shifting of some BBC departments to Salford or a policy focus on whole regions such as the ‘northern powerhouse’, the issue is in many people’s in-tray.

However, it seems there is concern that there is a regional divide at the heart of one of the very measures that can help with economic regeneration and the improvement of people’s life prospects: apprenticeships themselves.

The Lancashire Evening Post has reported on the significant drop in the number of apprenticeships being taken up in the 12 months after the pandemic hit and how this has affected the north.

Between April 2020 and April 2021 the number of apprenticeships fell by 58,000 across the UK as a whole, according to the Office for National Statistics, a 19 per cent fall.

In the north, the rate of fall was similar, down 20 per cent from 45,700 to 36,500. But these figures are themselves an indication that the number of apprenticeships available in the north both before and during the pandemic has been well below those on offer elsewhere.

As the paper notes, a lot of apprenticeship providers in the north west are not satisfied with the system, especially the apprenticeship levy established in 2015.

Critics believe this needs to be more flexible, with the Northern Coalition on Skills, led by the Northern Powerhouse Partnership, claiming restrictions on how the funds can be used had caused firms to miss out on more than £300 million for apprenticeships that their levy payments had paid for.

Co-op chief executive and Northern Powerhouse Partnership Board member Steve Murrells said that the ambition to “build back better” could only be achieved by ten years of “collective action” aimed at being inclusive in how it benefits communities.

Warning that this is not happening now, he claimed: “These apprenticeship figures suggest a staggering north-south divide when it comes to the futures of our young people,” arguing this could jeopardise economic development in the north.

While employers and training providers will want to see systemic change to enable them to offer more apprenticeships in the north and Midlands, another factor potentially limiting the number of young people getting into apprenticeships is a lack of upfront knowledge and information.

This was indicated by a survey carried out by the Shropshire Star, which was launched in June and has just reported its first results.

It found that while there was lots of news around during the pandemic about gloomy tidings such as job losses, there was a lot less advice and information available about this career choice.

The survey revealed that higher education applications were up ten per cent last year as persisting with the academic route was seen as the ‘safe’ option amid the bad economic news.

However, the paper’s Ladder for Shropshire website has said the message now needs to get out that there are more apprenticeship opportunities for young people than ever as the economy rebounds.