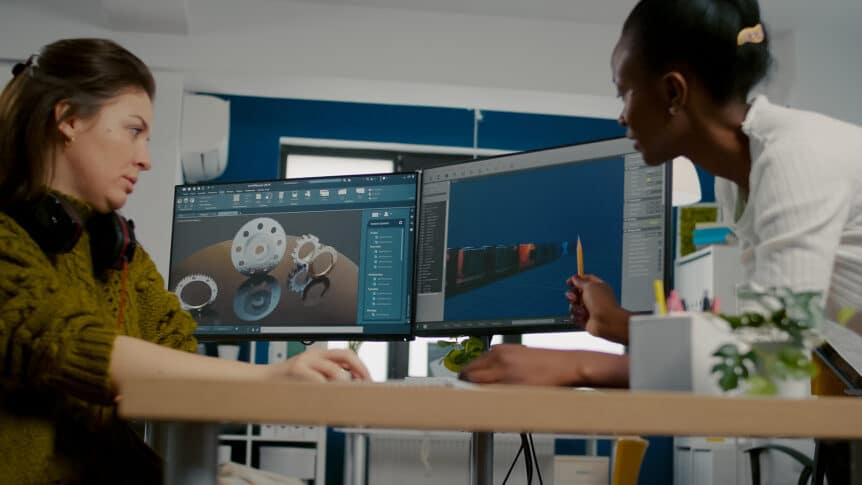 Just over half of the UK computer games industry is willing to take an apprentice within the next year under the right conditions, although concerns have been raised about the lack of understanding the industry has about apprenticeship providers.

The non-profit organisation Into Games produced a report into the UK games industry’s approach to apprentices, with over 100 studios (including studios owned by Electronic Arts and Ubisoft, two of the biggest publishers in the industry) represented.

Of these, 50.3 per cent would take on an apprentice in the next 12 months under the right circumstance and 92 per cent said they were a good way to help improve diversity, but 56.7 per cent admitted they had little or no understanding of how the scheme works.

This may, in part, explain why in an industry that employs over 16,000 people, only 35 apprentices are currently employed.

Instead, either graduate roles (62.9 per cent) or internships (51.4 per cent) are used as pathways for recruitment, but given that over £4.2m of unspent apprenticeship levy funds could be available for the industry, it represents a tremendous missed opportunity.

The UK video games industry started at a grassroots level, with the first wave of very cheap home computers combined with a computer literacy programme pushed by the BBC and the government at the time to start a new industry.

This led to many early employees at UK computer games studios often being self-taught and sometimes exceptionally young. Publishers would offer payment for games upfront and a chance at contract work or full-time jobs.

In other cases, early computer stores such as Microdigital and Just Micro would set up software houses that often recruited visitors to the shop.

One famous televised example was the late Jonathan “Joffa” Smith, who, in a televised appearance on the documentary Commercial Breaks, demonstrated a unique game named Pud Pud in Wierd World, which David Ward of Ocean Software paid him £1000 for and gave him a developer job.

However, whilst the common trend was recruiting existing staff, forming development studios and taking games from teenagers and young adults who would submit them, there were others in the industry that understood the promise of young talent better.

Peter Molyneux, founder of Bullfrog, Lionhead and 22Cans games studios, often boasted that he could teach people what they needed to get started in game design in just two weeks, and hired people with interesting ideas and backgrounds rather than programmers.

He would often look for unique talents in a range of fields from computer science to people on YTS schemes, the precursor to the Kickstart scheme seen today.

One of the most famous examples of the latter is Sean Cooper, who joined Bullfrog on the YTS scheme, and would through the nurturing of his talents develop the game Syndicate, a game that was critically acclaimed and in many respects ahead of its time.

Such was Mr Molyneux’s belief in creativity and nurturing talent over experience, that he actually organised a magazine competition where the winner would get a job at Bullfrog and work on their secret project.

The competition was won by Mike Diskett, who would go on to program Syndicate Wars, Theme Park and Satellite Reign.

These stories highlight the potential benefits hiring an apprentice can bring to the games industry, as apprentices helped to create some of the best games ever made.