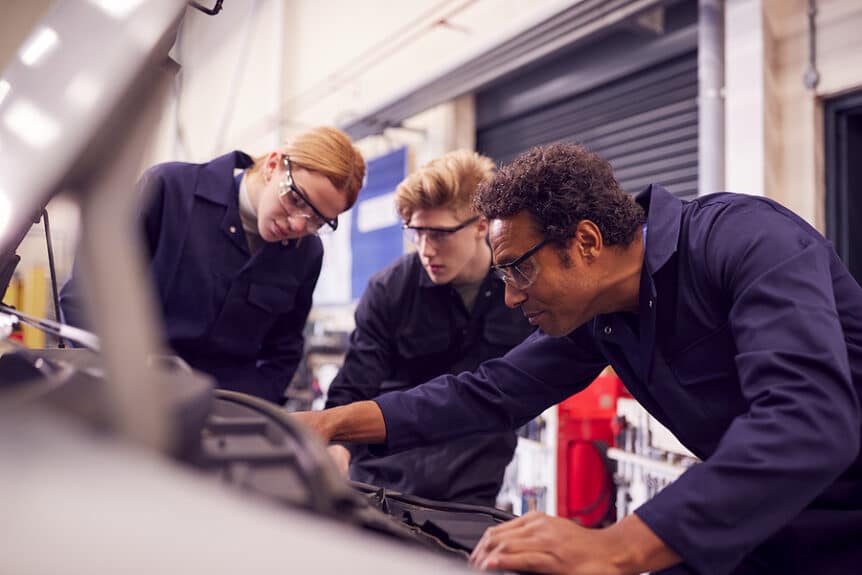 The government has been urged to extend the apprenticeship grants initiative that gives thousands of pounds to employers when taking on apprentices.

HVP Magazine reports that the closing date for applications for the incentive payments is 31 January. The grants allocate up to £4,000 per apprentice, but employers who take on an apprentice after the end of the month will no longer be eligible for the payments.

The funding package was announced in the Budget last March and aims to tackle the skills shortage.

The HomeServe Foundation has now urged the government to extend the deadline for applications so that businesses can benefit from the placements and associated grants.

The Foundation campaigns to increase the number of high-quality apprenticeships in the UK and promotes programmes that help tackle youth unemployment.

Helen Booth, the director of the HomeServe Foundation, said that the grants had given UK businesses a ‘terrific boost’, but the initiative had yet to be adopted by my firms.

“It’s not too late. Employers thinking about taking on apprentices need to act fast if they want to benefit from these grants. But we know that more want to take advantage and simply haven’t had the time so far,” she said.

She added that the foundation is now urging the government to extend the closing date for ‘these incredibly valuable incentives’, or there is a risk that many businesses and young people could miss out.

“It would be invaluable to tackling the country’s skills crisis.”

Government figures show that over 60,000 claims for the incentives were made for 16 to 24-year-olds between the launch of the initiative in April last year and September, and a further 19,000 claims for the over-25s. The deadline was extended until January, and it had been esteemed there have been thousands more claims since.

On 11 January, applications opened for the latest incentive payments for those who hired apprentices over the winter.

The incentive payments are different to apprenticeship levy funds, as businesses can spend it on anything to support custom including uniforms, travel costs, or the apprentices’ salary.

The HomeServe Foundation is the charity arm of home repairs and improvements firm HomeServe PLC, and recently conducted a survey of small UK trades businesses, where 80 per cent of firms said the current apprenticeship incentives had helped their decision to take on an apprentice.

It also found 84 per cent of trades firms, including electricians, plasterers, and heating engineers, planned to take on an apprentice to help with increased workloads.

The UK trades sector is currently facing a huge demand for services following the trend for homeowners to tackle home upgrades and refurbishment projects, according to the charity.

Following the improved access to levy funding brought about by the government’s Levy Transfer Service introduced last year, large businesses can now easily pledge funds to smaller businesses, meaning there’s never been a better time to take on an apprentice.

More details and applications can be found here: www.gov.uk/guidance/incentive-payments-for-hiring-a-new-apprentice.

If you’re looking for apprenticeship training providers, talk to us today.