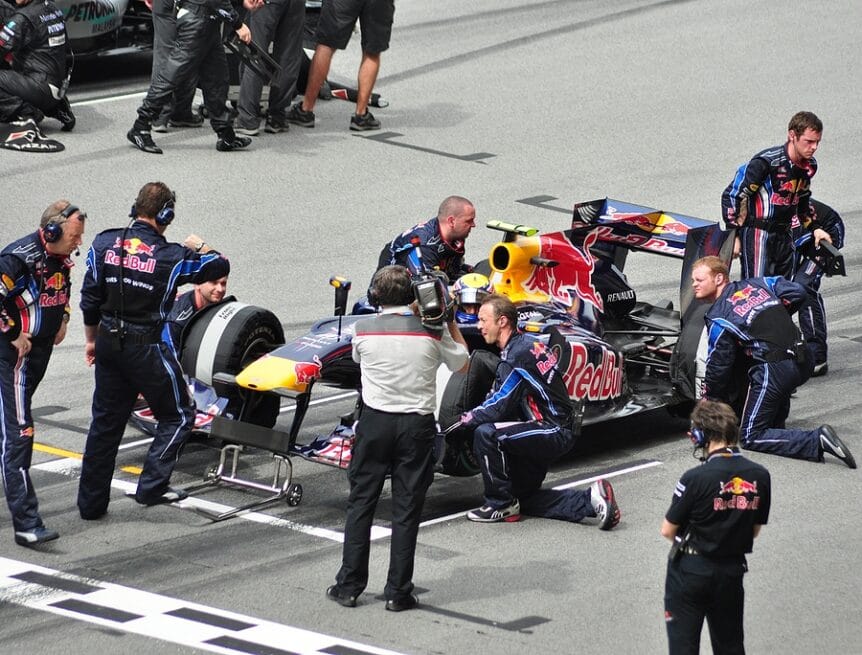 As part of its We Race As One initiative, Formula 1 has announced that it is to create a foundation to help fund scholarships and tuition for students from more diverse backgrounds, which has been aided by a donation of $1 million from F1 chairman Chase Carey.

Also, the Formula 1 Apprentice Programme will see the series ‘place two long term apprentices from underrepresented groups within our organisation in 2021. The apprenticeships will begin in September and have a focus on mechanical engineering’, according to a press release.

The moves come after seven-time F1 world champion Lewis Hamilton pushed to make F1 more diverse and included the launch of the Hamilton Commission to find out why black and other ethnic minority groups are underrepresented in the sport.

The findings of the Hamilton Commission were released earlier this week and revealed that just 1 per cent of employees in F1 are from black backgrounds.

The motorsport body also explained plans to provide more opportunities via the scholarship programme in March this year, but now has fully outlined the action it will be taking.

Ten Formula 1 Engineering Scholarships will be made available for students from ‘underrepresented groups including ethnic minorities, women, and those from under-privileged backgrounds’, covering the full cost of tuition as well as providing a living stipend.

All 10 F1 teams have committed to providing work experience opportunities to a scholar during their time at university, with the partner institutions being based across the UK and Italy. These are the University of Cambridge, Coventry University, Manchester Metropolitan University, MUNER – The Motorvehicle University of Emilia-Romagna), University of Oxford and Strathclyde University.

Following the apprenticeship and scholarship schemes is a Formula 1 Internship Programme that will see six interns from underrepresented groups offered roles in F1 this year, in a mix of short and long-term placements.

Two of the internships have already been placed in F1’s motorsport and marketing teams. According to F1, the remaining four interns will be recruited over the coming weeks.

F1 CEO and president Stefano Domenicali said: “Formula 1 is a global sport with fans across the world

“We want to be as diverse as our fan base and that is why we are taking action to ensure talented people from underrepresented groups have the best opportunities to get into, and build, a fantastic career in this amazing sport.”

He added that he was ‘delighted’ to announce the programmes and that apprentices will get a chance to fulfil their dreams working in Formula 1, which could proved them with an amazing future.

“Our #WeRaceAsOne platform is our commitment to make real change and shows our recognition that we know we must make a positive contribution to the world we live in. All of the teams are committed to this and the work of the Hamilton Commission shows the dedication to addressing these issues across Formula 1,” he said.

If you’re wanting to be in pole position for your future career and looking for apprenticeship providers in the North West, talk to us today.