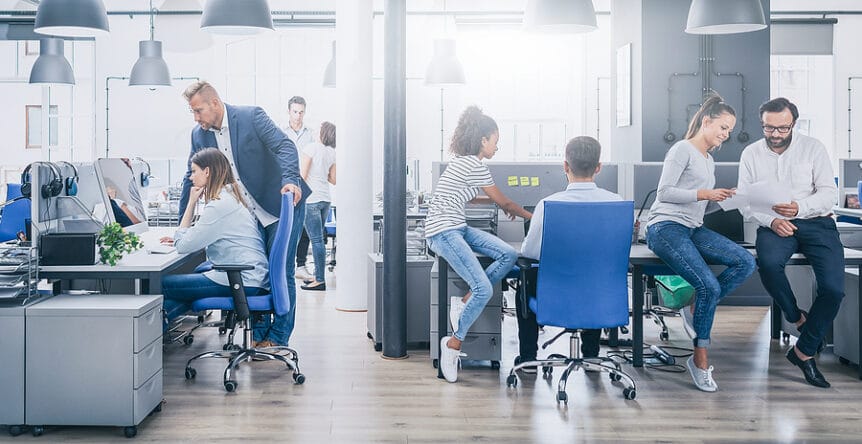 The government is trying to encourage more businesses to become one of the best apprenticeship providers by offering bonuses for those that take on trainees.

Earlier this week, Chancellor of the Exchequer Rishi Sunak revealed the Conservative Party’s Summer Statement, which was aimed at boosting the country’s economy after the disastrous impact of the coronavirus pandemic on the UK’s finances.

One way the government aims to do this is to prevent a dire unemployment slump by stimulating the apprenticeship programmes.

It revealed it will offer companies £2,000 for each apprentice they take on who is under the age of 25, as well as £1,500 for trainees older than this.

Mr Sunak told the House of Commons: “We know apprentices work. Ninety-one per cent stay in work or go on to further training.”

Therefore, the government will pay these bonuses from August this year to February 2021, which will be in addition to the £1,000 incentive companies already receive to take on apprentices aged between 16 and 18 or under 25 for those with an education, health and care plan.

He noted young people have been hit hardest by the crisis, as they are typically the least experienced and cheapest employees. Therefore, they are often the first to be let go as businesses look for ways to cut costs so they can survive the economic slump.

“Our plan has a clear goal: to protect, support and create jobs,” the MP said, adding: “It will give businesses the confidence to retain and hire.”

“To create jobs in every part of our country. To give young people a better start. To give people the opportunity of a fresh start,” he went on to say.

Mr Sunak also recognised there will be 700,000 people leaving education this year and have no job prospects due to a shortage of companies hiring new staff members.

He stated: “Under-25s are two and a half times as likely to work in a sector that has been closed.”

The government’s other move to improve employment levels is to pay employers to take on young workers for at least six months. The Kickstart Scheme will be aimed at those aged between 16 and 24 years old who are claiming Universal Credit by covering their minimum wage for a maximum of 25 hours a week.

The £2 billion initiative is expected to cost £6,500 for each job, but the government hopes it will encourage more firms to hire staff and top up their wages, preventing the problem of long-term unemployment for young people.

Matthew Lesh, head of research at the Adam Smith Institute think tank, told The Sun young people are losing jobs in hospitality and retail, making it harder for them to get back on the career ladder.

He, therefore, agreed with the government’s plans, saying: “This wage subsidy scheme will get many young people on to the job ladder, building skills that will make them employable in the future.”

Additionally, businesses will be given a £1,000 reward for each employee they bring back off the furlough scheme to prevent people who have been on the programme from being laid off once it comes to an end in October.