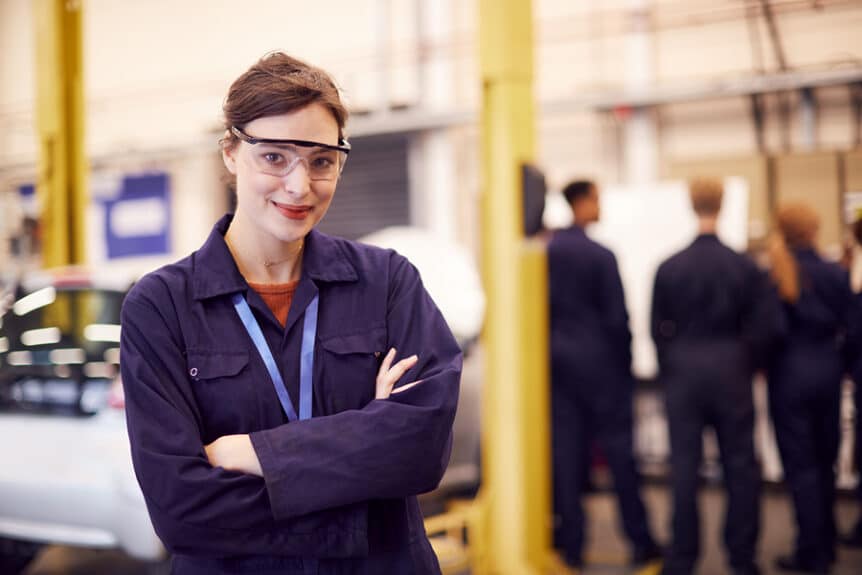 Boris Johnson has said that guaranteeing apprenticeships will be “vital” for young people, as the risk of losing jobs and being unemployed for a long period of time is highest for this demographic.

He made this assertion while speaking at the daily Downing Street coronavirus briefing, predicting that, as the UK heads into a recession, there will lots of job losses as a result of the pandemic and the lockdown, which brought the economy to a standstill over the last few months, the Independent reports.

“That is just inevitable because of the effect of this virus on the economy and because of the shutdown that has taken place,” Mr Johnson said, before adding: “We will be just as interventionist in the next phase, investing in the UK economy, investing in infrastructure, taking our country forward so that we bounce back as sharply and decisively as we can.”

In May, the TUC urged the government to provide support for a new jobs guarantee, which would provide as many people as possible who are facing long-term unemployment because of the downturn with a minimum six-month job and accredited training.

At the moment, no finer details have been forthcoming from Downing Street regarding the form that this proposed apprenticeship guarantee would come in, or who would be eligible for it.

In a rare piece of good news, however, chief economist with the Bank of England Andy Haldane said that the economy is actually in line for a shallower recession than at first thought, with numerous surveys of business activity showing that this has recovered at a modest rate.

Mr Haldane referred to recent data coming in that shows a slightly better scenario for the economy but there are still risks that could hinder the recovery, with companies and consumers alike both remaining cautious, according to the Guardian.

Prior to this, the monetary policy committee at the Bank warned in May that the contraction in the second quarter of 2020, including the period of the most severe lockdown, would result in a 14 per cent decline for the year overall. But a rapid recovery should be expected in 2021, resulting in a rapid V-shaped scenario.

Mr Haldane’s recasting of this outlook mirrors that of City economists, with a recent poll showing that they believe the downturn over the next few months will be less severe. It was forecast that the economy would contract 7.7 per cent in 2020, before growing by 5.2 per cent next year.

Director of the Institute for employment Studies Tony Wilson observed that claimant unemployment climbed by 860,000 in the four weeks leading up to 9th April, peaking at more than two million… and unemployment numbers haven’t climbed this steeply since February 1947.

He went on to say that it is most likely that we’ll see “exceptionally high long-term unemployment” but we could also experience a strong jobs recovery… and there may well be “short-term, immediate and lighter-touch help” for the freshly unemployed within a month.

Looking to take your CIPS level 5? Get in touch with Encompass today.