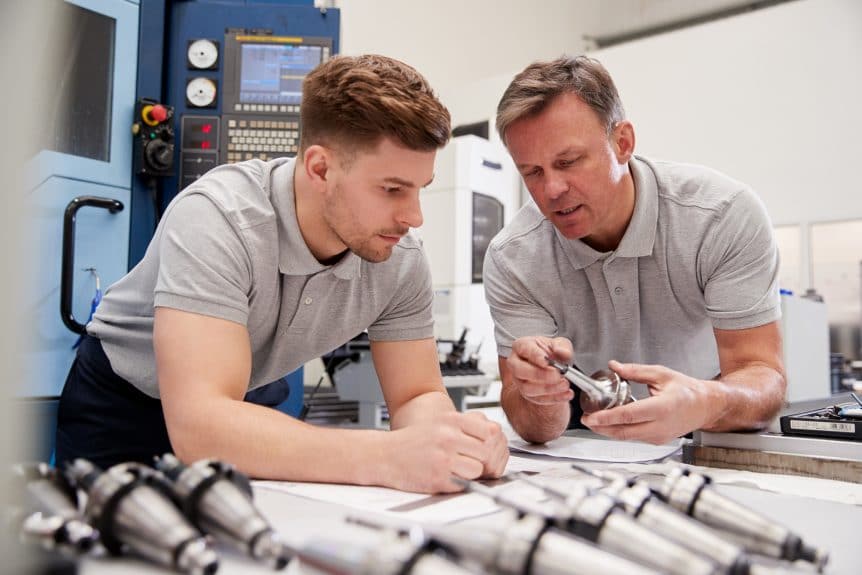 Every year, the Department of Education carries out a survey of employers who provide apprenticeships to find out how their apprentices perform, and also to look at why they offer this kind of training.

In the latest data, which was published at the end of March 2020, the Apprenticeship Evaluation for employers for 2018/19 found that among the employers that had started offering apprenticeships in the past five years, 31 per cent were motivated to do so because they believed it was a good way to up-skill existing staff.

As part of the survey, employers were also asked why they favoured apprenticeships over other forms of training. Nearly one-fifth stated that the practical/vocational aspect of the training was what drew them to apprenticeships, while 17 per cent said that apprenticeships were standard in their industry.

Cost and affordability was cited by 16 per cent of those questioned, making it the third most-popular reason for choosing an apprenticeship over another form of training for businesses.

Employers also reported good retention of apprentices, with 70 per cent of businesses stating that their completer apprentices still worked for them at the time of the survey, some 15 to 21 months after they had finished their apprenticeship.

Among businesses where existing staff were offered an apprenticeship, retention was at 80 per cent in the same timeframe.

In the Apprenticeship Evaluation learner survey for the same year, the Department of Education found that over one-quarter of people on apprenticeships chose them as a way to either enter or progress within a specific career. 20 per cent, meanwhile, said that they took on an apprenticeship because they wanted to develop work-related skills.

A similar percentage (19 per cent) cited obtaining a qualification as one of their main motivations for completing an apprenticeship.

The research also found that 86 per cent of apprentices were satisfied with the training they received under the scheme, although those who were on degree-level apprenticeships reported the highest levels of satisfaction at 94 per cent.

The vast majority of employers (94 per cent) stated that at least some of the training offered on their apprenticeship programme was delivered by an external training provider, highlighting the importance of finding the right apprenticeship training company for a business offering this kind of training scheme.

Of course, the COVID-19 pandemic will mean that next year’s survey could provide different results given the disruption that’s been caused so far by the UK’s lockdown.

However, as we recently pointed out, apprentices can continue their training remotely where possible and the Education and Skills Funding Agency has introduced a series of measures to support apprenticeships during this period of uncertainty.