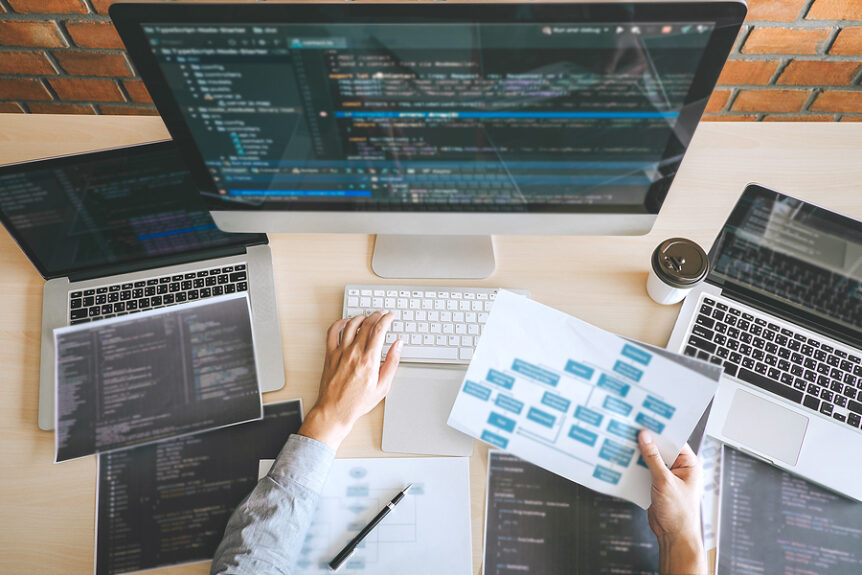 Cybersecurity industry leaders have said they are increasingly open to the idea of apprenticeships as a solution to help bring more young people into the sector, according to a recent Twitter poll run by the organisers of the annual Infosecurity Europe trade show, which will be taking place in June 2021.

According to Infosecurity Magazine, the poll was prompted by a recent study from security association (ISC)² and aimed to explore the issues that surround the skills shortage in cybersecurity. It revealed that there are three million unfilled roles around the world, and a third of organisations have frozen recruitment due to the pandemic.

42.5 per cent of respondents said that cyber apprenticeships were the way to ensure that these roles will be filled, and only 27.1 per cent said they preferred more formal career paths into the sector.

Other suggestions included a greater focus on encouraging young people through highlighting security role models and mentors and an emphasis on diversity in cybersecurity teams.

Omdia senior research director Maxine Holt said: “After doing my BTEC in computer studies, I got an apprenticeship, learning on the job while studying part-time for my degree. I also got to work in other parts of the business, which really helped me understand how they interacted with IT.”

Steve Wright, the Bank of England’s chief information security officer (CISO) of privacy culture, and formally interim data protection officer, said that there was more to be done to open up apprenticeships or internships that will attract young people to a career in information security.

“As a permanent measure, we’ve got to look at what’s going to attract people at the right age. I think more could be done to make it part of the school curriculum,” he said.

Amar Singh, CEO and CISO of the Cyber Management Alliance, agreed that starting engagement with cybersecurity at a younger age was needed as this would help to build more national capabilities in the field.

He explained that it was a ‘pipeline’ and that potential candidates cannot simply be picked up and told they are now working in infosec.

“That individual has to be trained and inspired from a young age,” said Singh. “If they’re not, by the time they’re 16 or 18 this becomes more difficult because they’re already established on another path.”

Nicole Mills, exhibition director at Infosecurity Group, said there was no single action that would really prove effective at bridging the skills gap, and urged the industry to consider a more holistic approach, integrating early years engagement and education opportunities with strategies that enable people with established careers in other sectors to transition into cyber.

However, this is easier said than done, as proved by the ill-conceived and much-derided cyber careers advert from 2020.

Mills said that it was important that the cybersecurity industry resists the temptation to press ‘pause’ on recruitment in the face of pandemic and post-pandemic uncertainty, or there is a risk that the skills gap could become a chasm.

If you’re looking for apprenticeship providers in the North West, talk to us today.