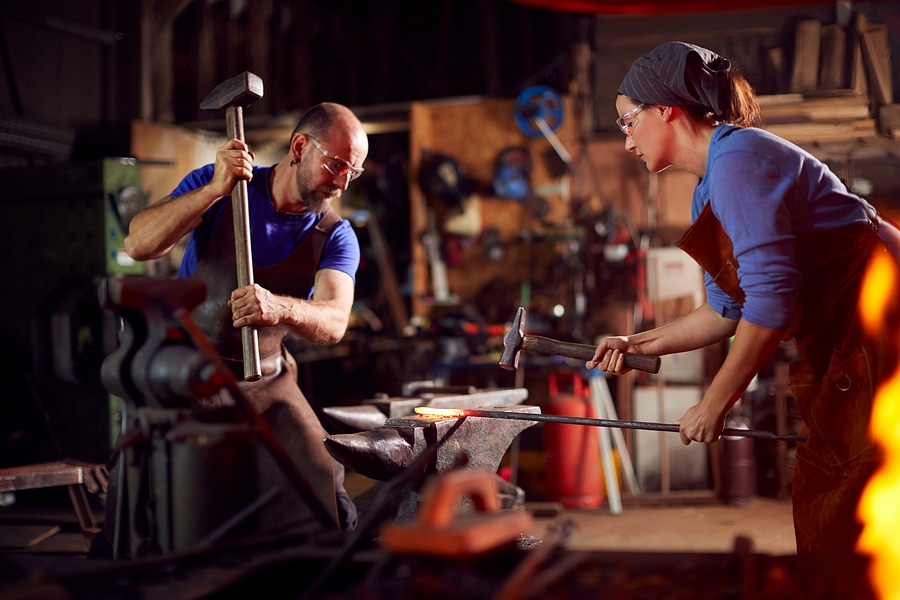 In the era of traditional guilds, learning a craft was an exceptionally difficult, lengthy commitment, where a young person would live, work and train with a master of their craft for years, eventually becoming a master themselves and training future generations to ensure that skilled crafts would never become extinct.

A similar approach has started to be used by modern apprenticeship providers to help protect a growing number of heritage crafts at risk of going extinct.

According to the Heritage Crafts Red List, over 125 historic crafting skills are at risk of being lost, with nearly 60 of these critically endangered, and four completely extinct.

The reasons why heritage crafts go extinct can vary considerably, but in a lot of cases, the work that formerly required a specialist was replaced by some form of mass-production machine that could do the work for considerably cheaper or create goods that people needed for far less than specialist crafters could afford to sell them for.

This led to many crafts diminishing, often limited to a few people who would pass them on to their children. Ultimately, when they died, their trade secrets died with them, and a piece of living history died with them.

With hundreds of crafts risking a similar fate, apprenticeship programmes could be a way to safeguard this living heritage by giving young people the opportunity to acquire heritage skills and get roles in conservation, preservation and restoration in the process.

In other cases, the tools and information that had been preserved, however limited, could be used to help train people in even extinct skills such as mould and deckle making and gold beating, which in turn provides transferable skills and foster passions that live long enough to be passed down to further generations.