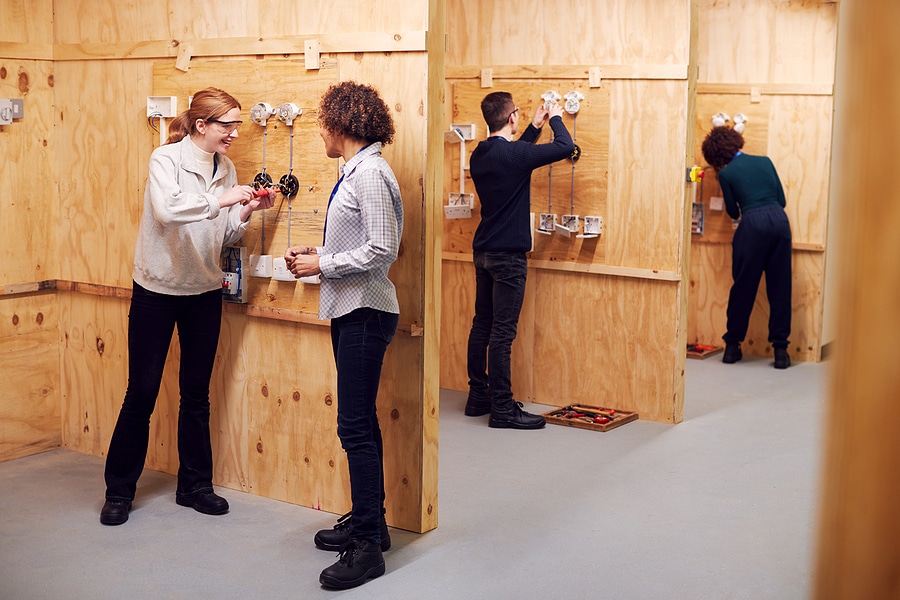 Young adults and their parents alike often look into apprenticeships throughout the year, but the end of summer is one of the biggest times for apprenticeship providers, as employers and students alike prepare to invest in their futures.

With the exam season over and apprenticeships an ideal next step for many young people who want to learn and earn at the same time, there are unfortunately some myths and falsehoods spread about the apprenticeship system.

Given that there are so many people who could benefit from an apprenticeship scheme, it is important to provide the facts behind the misconceptions.

There is a persistent and truly frustrating belief that apprenticeships do not provide a full qualification as compared to a university, but that is fundamentally not the case.

Besides the fact that Higher Apprenticeships exist that provide degree-level qualifications, apprenticeships are an alternative pathway into employment, built around the rapid development of skills and an extensive career progression roadmap.

At least 20 per cent of an apprentice’s week is spent in class and the end goal of this is a qualification that is recognised throughout the country alongside valuable relevant work experience.

Apprenticeships Are Gateways To Careers

Some people believe that apprenticeships are a middle ground between education and work that does not lead to a full-time job, but the majority of apprentices not only stay in the field they received their qualification in but often remain with the same employer.

An apprenticeship is an investment into the future, and given that apprentices who stick with their qualification remain with an employer for at least a year, they build up skills and confidence which enables them to continue in that career path and get promoted further.

Apprenticeships Can Be Started At Any Age

You need to be at least 16 to do an apprenticeship, but despite claims to the contrary, there is no upper limit on apprenticeships. As they are often a very effective way to reskill whilst making money, many people in their twenties take on apprenticeship roles to help themselves advance.