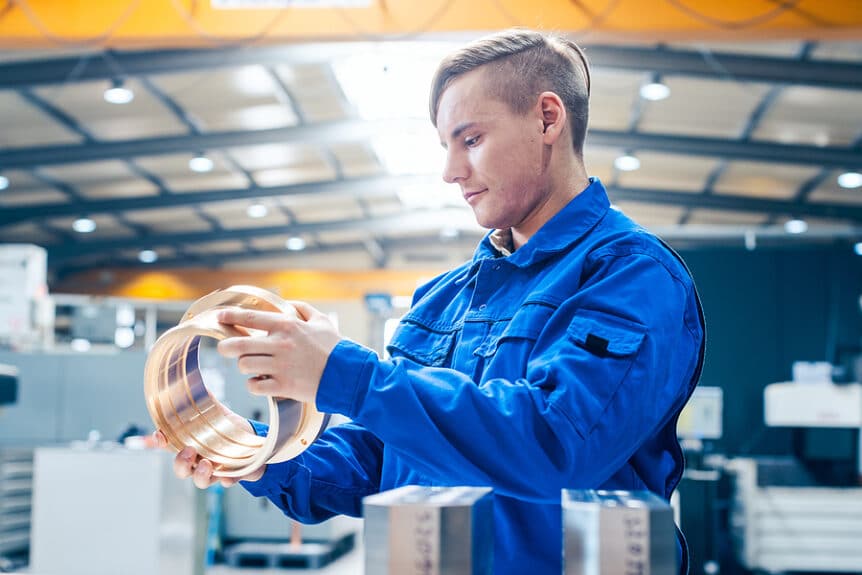 The UK government is in the process of introducing a new law that would enable apprentices who are made redundant to complete their training.

FE Week reported on the proposal, which still has to make it through the House of Commons and House of Lords. Under the new law, the Education and Skills Funding Agency (ESFA) will continue to provide funding for any apprentices who are at least 75 per cent of the way through their training programme when they are made redundant.

This will be a change from the current rules, whereby the ESFA will only fund apprentices to complete their training if they are within six months of the final day of their apprenticeship.

Introducing the new statutory instrument, apprenticeships and skills minister Gillian Keegan said that the government is aware that the Covid-19 pandemic has resulted in some apprentices losing their jobs or facing the prospect of redundancy.

This change will help to support them, Ms Keegan noted, while also highlighting the redundancy support service that was set up specifically for apprentices in July this year. “We are going even further by changing the law so more apprentices who have been made redundant can complete their programmes,” she asserted.

She added that the government wants every apprentice to have “the training and skills they have gained recognised so that they can continue on their track and build their career”.

However, it’s important to note that this new statutory instrument would not apply retrospectively, so it won’t provide any additional assistance to apprentices who have already been made redundant.

Earlier this month, KHL reported on calls from organisations within the construction and manufacturing sectors for the government to make the retention of apprentices a priority.

The news provider revealed that the Construction Equipment Association (CEA) has joined Make UK (The Manufacturers Organisation) and other industry bodies in asking Gavin Williamson, UK secretary of state, to prioritise this issue.

According to the article, the CEA has stressed that skilled workers will be vital to the recovery of the UK’s construction sector following the Covid-19 pandemic and that some of these workers could be lost if apprenticeships are not adequately safeguarded.

It pointed out that many construction companies will struggle to afford to keep their apprentices without government assistance.

In the open letter to Mr Williamson, which is from the CEA and 14 other industry bodies and organisations, the group stressed that “businesses cannot absorb such a damaging impact to their workforces unilaterally”.

Although the letter praised the government’s action with its Kickstart scheme, it stressed that this doesn’t go far enough. Among the suggestions in the letter are to develop a National Skills Taskforce.

This organisation could “establish a national structure to redeploy skilled workers and retrain/reskill workers where appropriate”. It could also be used to offer training opportunities to those who are made redundant, the letter suggested.

With everything that’s happening at the moment, you may be considering distance learning for your apprenticeship depending on the industry you’re looking at. Take a look at our advanced learner loan distance learning courses to find out more about your options.